ARE YOU AWARE OF THE TAX IMPLICATIONS? 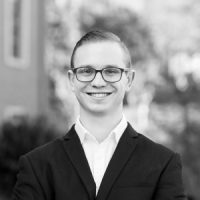 While the true figures remain unclear, what is clear is that SARS has cryptocurrency trading very much in its sights, says Thomas Lobban, Legal Manager, Cross-Border Taxation at Tax Consulting South Africa.

“Bitcoin and other cryptocurrencies have notched up huge gains in past year and more—Bitcoin gained approximately 224% in 2020, for example. Given these returns, it’s unsurprising that South Africans are looking at crypto as an investment opportunity, but few realise the tax implications of such a move,” Mr Lobban says.

“As with any other asset class, investors must understand their tax obligations in relation to their crypto investments, and plan accordingly. If they do not, the chances are they could find themselves facing an unwelcome tax bill down the line.”

SARS’s interest in the possible tax revenues to be gained from cryptocurrency have certainly been strengthened by this year’s budget, in which Minister Tito Mboweni raised the budget allocation to SARS for the year by R3 billion.

High-net-worth individuals, offshore investors and cryptocurrency investors have explicitly been targeted as areas likely to yield much of the extra tax sought to be collected by SARS off the back of this additional budget allocation.

However, many taxpayers are oblivious of the fact that trading in cryptocurrency renders them liable for tax or how and when tax is levied on their cryptocurrency gains made.

“Based on our work with clients, it’s clear that a major misconception is that a ‘tax event’ only occurs when the cryptocurrency is withdrawn and converted into legal tender, but that’s not true. If a trade is made between, say, Bitcoin and Ethereum, the notional profits of that transaction would also be taxable,” Mr Lobban says.

“While there is as yet no legislation forcing cryptocurrency platforms to report on their clients outside of the general provisions of the relevant tax Acts, such as financial service providers are required to do, the walls are closing in fast.”

SARS has already begun asking for information on crypto transactions on audit letters issued to taxpayers, and this means that non-compliant taxpayers will either have to lie (and risk incurring further penalties and back tax later) or reveal their trading history. Not providing accurate answers constitutes a criminal offence, Mr Lobban adds.

In addition, SARS is investing heavily in its IT capabilities which will enable it to analyse financial and transaction data more effectively, and identify transactions in and out of crypto platforms. Using foreign bank accounts is not a solution either because South Africa is party to numerous agreements which enable automatic reporting between jurisdictions.

“We all create digital tracks in our online activity, and there is really no place to hide, and SARS is definitely adopting a zero-tolerance approach to all tax evasion,” Mr Lobban says. “However, it must also be said that paying one’s tax will not make investing in crypto unprofitable provided one plans properly.”